During visits to countries in Asia, Africa and Eastern Europe, I became interested into their cultural and historical treasures. Initially, the looting- and smuggling-aspects and the preservation-measures, which source-countries were taking, dominated. In Mali extensive damage had been inflicted upon the country’s archaeological heritage. Looters had damaged numerous archaeological sites around the ancient city of Djenné. National Museum-director Samuel Sidibé in Bamako stated that both his country and market-countries were part of the problem and had a role to play to stop this damage. He did not bash solely former colonial powers for it. In 1991, the exhibition Tellem Textiles about clothes (11th – 18th century), which were found in scarcely accessible burial caves, was shown in the Netherlands and in Mali. It was an example of equivalent cooperation and shared authority. Museums in several West-African and European cities, among them Leiden, showed between the end of 1993 and the end of 1995 Treasures from the Niger Valley. A country such as Mali was improving the protection of its heritage, and by now four of the endangered archaeological sites have been listed as World Heritage.

In 1996 a Dutch art dealer was caught in the port of Rotterdam, smuggling two celestial nymphs from the Angkor region in Cambodia and thirteen bronze Buddha heads from Ayuthaya in Thailand. Due to public and Parliamentarian outcries about this illicit trade in objects, which belong to World Heritage sites, the consignment was finally returned to the two countries. For Cambodia it was one of the first times that a Western country helped in the return of stolen treasures. In the Netherlands it created support for conventions that protect cultural heritage.

From these experiences came a book that ended with a plea for a dialogue between the different stakeholders and more cultural self-determination for source-countries. They inspired to start in 2002, with some like-minded people, a European network of professionals in the enforcement and cultural sectors.

In those years, there were some remarkable return-instances. Source-countries such as the People’s Republic of China, South Korea, Turkey, Greece, Egypt, Ethiopia, and Peru began to list objects and collections, which they would like to get back. In addition to activities in the USA, Italy started a court-case against the National Museum of Antiquities in Leiden in the Netherlands . In 1997, this museum had purchased an Etruscan cuirass at the annual TEFAF art fair in Maastricht. The Dutch judge ruled that Italy had offered insufficient evidence and rejected the claim. Later on, the museum informed Italy informally that, under certain conditions, it was willing to discuss the case.

In a former book I concluded that heritage institutions and professionals in the Netherlands are in theory not against the return of in the colonial era and more recently acquired tainted acquisitions, but that their return-practise was rather meagre. In fact, the return discussion had arrived at an impasse, certainly so as far as treasures, acquired in colonial times, were concerned.

In Treasures in Trusted Hands – Negotiating the Future of Colonial Cultural Objects I have made suggestions how to overcome this deadlock. 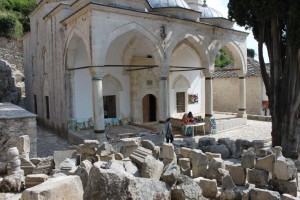 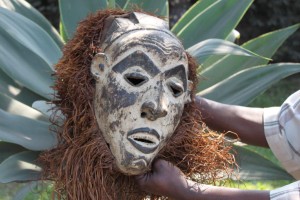 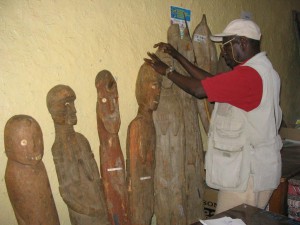